Star Wars - Revenge of the Sith

The Eta-2 Actis-class interceptor, also known as the Jedi interceptor or Jedi starfighter made its first appearance in Star Wars: Revenge of the Sith.

During the early days of the Empire and just after the destruction of the Jedi, most of the Jedi vehicles were confiscated and repainted for Imperial use. Darth Vader kept several Eta-2 Actis-class Interceptors, all of which were painted mostly black in order to better camouflage it against the backdrop of space. The color also reflected the rage and grief felt by Darth Vader during his youth as a Sith.

Measuring 6 meters in length and 4,5 meters in width the 1:1 prop is made out of metal, wood and fiberglass. This masterpiece has been carefully crafted with an eye for detail and perfection to closely resemble the original prop made for the movie.

We bring you a full scale replica of the Vader starfighter complete with special FX, a working R2 unit and a unique opportunity for visitors to have their picture taken while sitting on the wings. 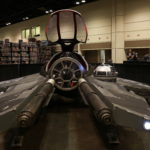 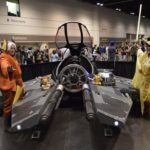 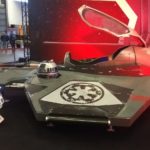 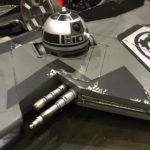 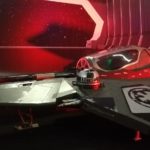 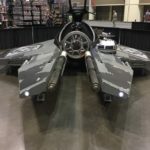 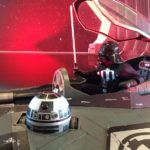 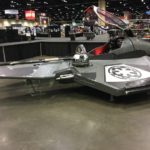 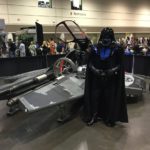