Star Wars - The Empire Strikes Back - Return Of The Jedi

The AT-AT (All Terrain Armored Transport) is a replica model of a vehicle from the Star Wars movie ‘The Empire Strikes Back’.
It displays a 6 meter high fighting machine (in a static condition).

The construction is a combination of a body and a head section, mounted on four solid leg/foot units.

The AT-AT is amazing! It has impressed people at various conventions around the world, simply by its size.

By adding special light effects and using a white camouflage web as a snow-like underground, the prop becomes even more impressive.

The AT-AT has an extremely rare autograph by filmmaker George Lucas.
He signed one of the knees at the Star Wars Celebration Convention in 2012, in Orlando, Florida, USA. 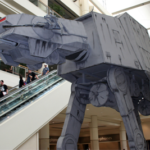 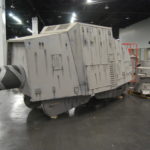 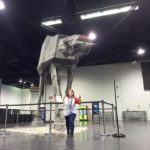 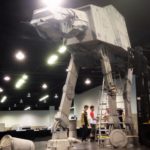 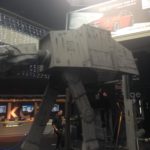