The set is a replica of the Millennium Falcon interior as seen in Star Wars Original Trilogy and The Sequel Trilogy.

It consists of the chess corner with additional wall panels, including (optional) floor, and the tunnel section (which could lead to a cockpit)
There are various set-ups possible, ranging from a small-scale setup with only the chess corner to a full display.

The set is revised regularly to make it as accurate and qualitative as possible.

The entire prop can and has been used for photoshoots with visitors and interviews with actors! 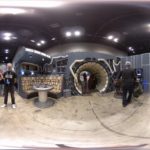 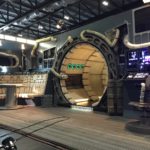 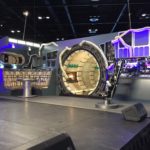 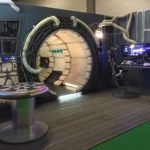